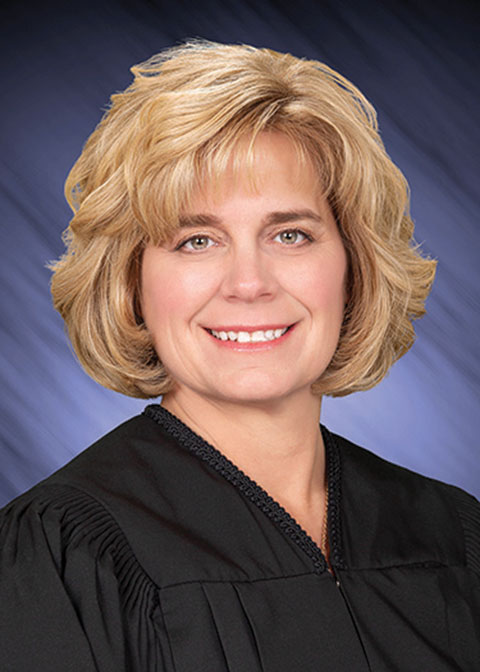 About the candidate: Judge Sullivan is the Justice of the Peace presiding in Department 12 of the Las Vegas Justice Court. She was elected in 2008 and re-elected in 2014. She currently presides over criminal cases, protective order hearings, and the bond calendar.

Judge Sullivan is the President of the Nevada Judges of Limited Jurisdiction (NJLJ), a state-wide organization comprised of more than 80 municipal and justice court judges from across the state. Her peers chose her as their “Judge of the Year” in 2017.

She was the Court’s Presiding Criminal Judge from 2015-2018. She is a member of the Clark County Criminal Justice Coordinating Council and the co-chair of its Initial Appearance Court Subcommittee. She was instrumental in implementing the Justice Court’s Initial Appearance Court, a court that operates 7 days a week, 365 days a year. She also sits on various committees relating to pre-trial release and fines/fees, and is an instructor to other judges regarding these issues. Judge Sullivan is the chair of the Local Rules Committee for the Court and chair of NJLJ’s Bench Book Committee.

She has been published in the National Judicial College’s Reflections from the Bench, CCBA’s Communique, and the criminal justice college textbook Justice Administration (Dr. Kenneth Peak, University of Nevada Reno, 2014).

For several years, Judge Sullivan has participated in CCSD’s Reclaim Your Future Program, mentoring at-risk high school students to keep them on track to graduate and set and accomplish post-graduation goals.