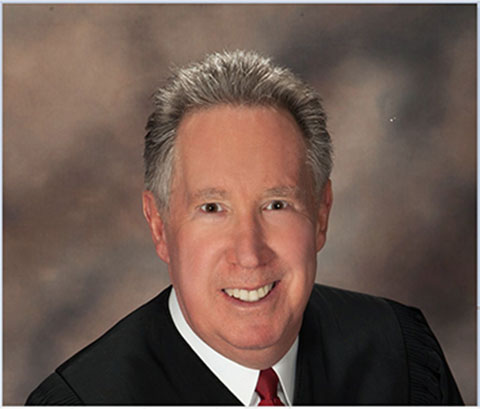 On January 3, 2011, the Honorable Ronald J. Israel took the bench in the newly created Eighth Judicial District Court, Department 28. He practiced law in Las Vegas for over 30 years prior to his judicial election in November of 2010. Judge Israel was admitted to practice law in Nevada in 1983. In 1981, he was admitted to practice law in California after he obtained his Juris Doctorate degree from the University of San Diego. In 1977, he earned his Bachelor of Arts degree in Political Science from the University of California, Los Angeles.

Judge Israel came to Las Vegas in 1982 to practice insurance defense for Harding & Dawson, specifically to work on the MGM Grand Fire case. Subsequently, he went to work for Manos & Cherry where he practiced civil litigation and had the pleasure to work under former Nevada Supreme Court Justice Michael A. Cherry. Judge Israel next became a senior associate for Edward M. Bernstein & Associates, still practicing civil litigation. In 1990, he started his own private practice concentrating on Personal Injury and Workers Compensation. He was later chosen for the first panel to serve as a Judge Pro Tempore for the Clark County Short Trial Program, and as a court-appointed arbitrator.