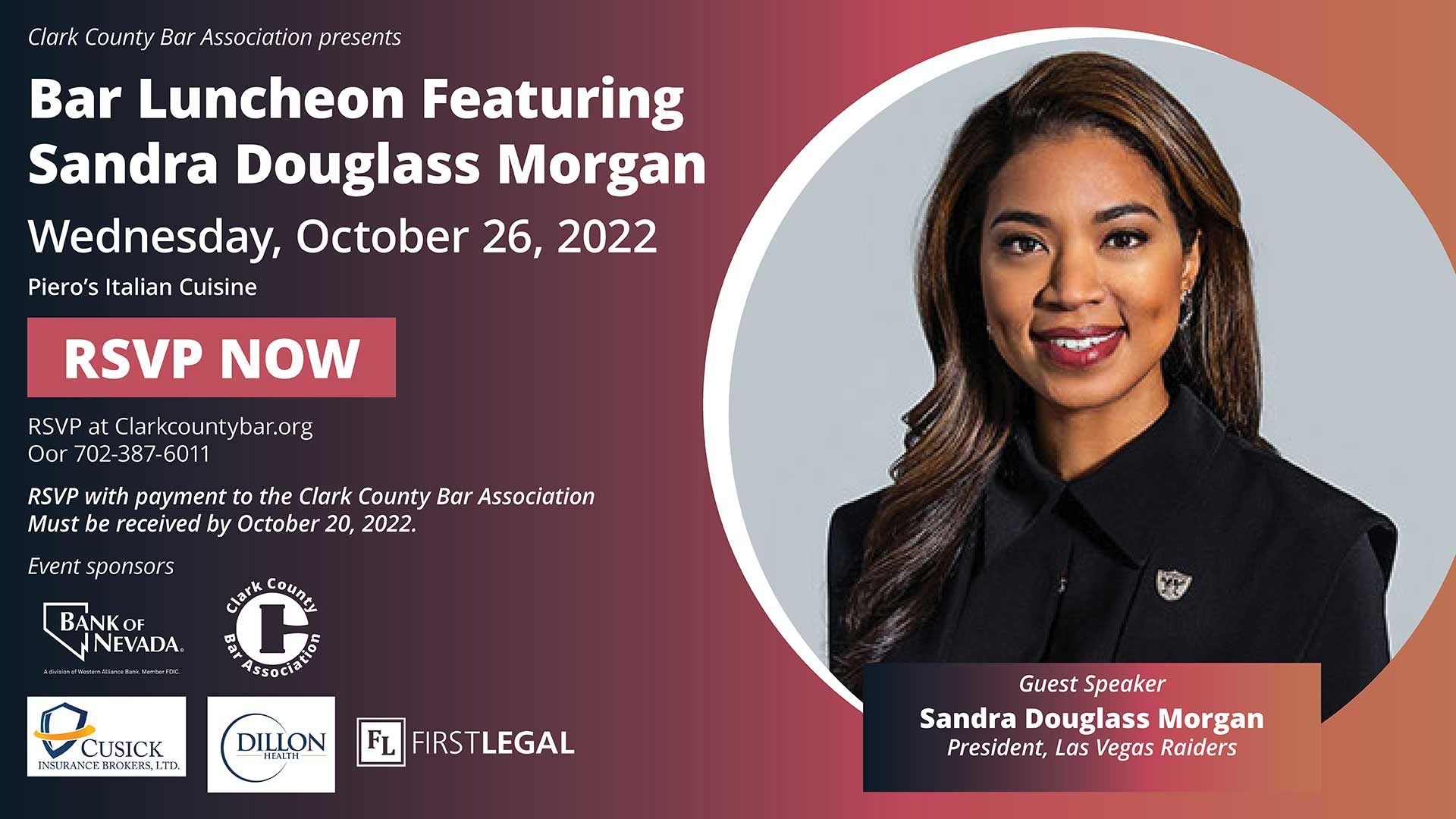 Sandra Douglass Morgan, President of the Las Vegas Raiders, will make a special presentation for members of the Nevada Bar during a luncheon event at Piero’s Italian Cuisine on October 26, 2022. Bar members are invited to attend and celebrate the professional development and career of this compelling leader.

Sandra Douglass Morgan is a visionary and trailblazer with more than two decades of leadership experience in the sports, gaming, legal and corporate sectors. She has served as a chief regulator, director, attorney, and advisor to integrated resorts, casinos, and telecommunications companies. No stranger to historic firsts, Sandra was named President of the Las Vegas Raiders by Owner Mark Davis in July of 2022, making her the first Black female team president in the National Football League’s history. Having an adept understanding of the community as a native Las Vegan, Sandra accepted the role with the vision of making the city the sports capital of the world.

Prior to her joining the Raiders, Sandra served as Chairwoman of the Nevada Gaming Control Board. As the chief regulator for Nevada’s dominant billion-dollar gaming industry, Sandra led the passage and implementation of cashless wagering regulations, ensured that gaming licensees adopted policies prohibiting discrimination and harassment, and led a team of 400 employees in five cities across the state of Nevada. The Las Vegas native was the first person of color and the second woman to serve as Chair in the state’s history. Sandra also served as a Commissioner on the Nevada State Athletic Commission and was the first Black City Attorney in the State of Nevada when she was the chief legal officer for the City of North Las Vegas, where she served from 2008 to 2016.

The Clark County Bar Luncheon is open to attendance by all members of the Nevada legal community; however, space will be limited. RSVP with payment to the Clark County Bar Association must be received by October 20, 2022. To RSVP complete the form below.