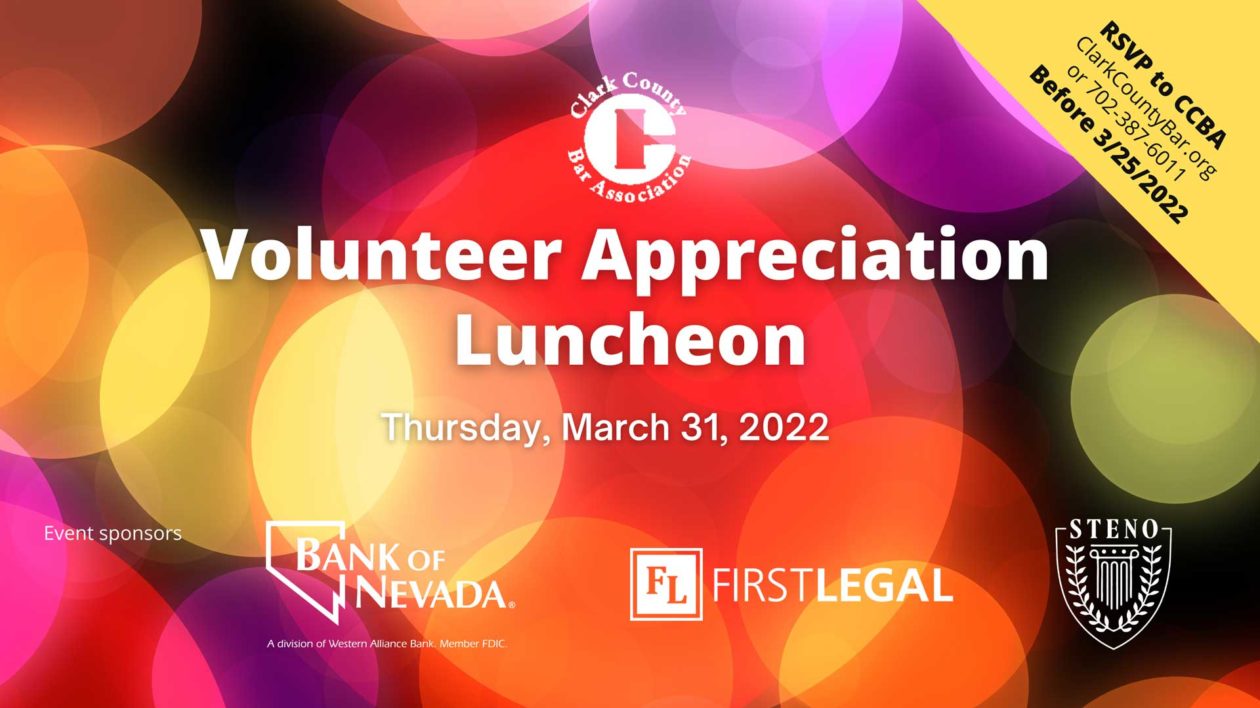 Special guest speaker the Honorable Abbi Silver administered the oath of office for members of the CCBA’s board of directors in attendance including:

Justice Silver made a special presentation about the Supreme Court of Nevada. She offered tremendous insight on the court’s case management.

Special thanks to several of the CCBA’s past presidents for attending the event:

About this article: This article was originally published in the “Discovery” issue of Communiqué, the official publication of the Clark County Bar Association, (May 2022). See https://clarkcountybar.org/about/member-benefits/communique-2022/communique-may-2022/.